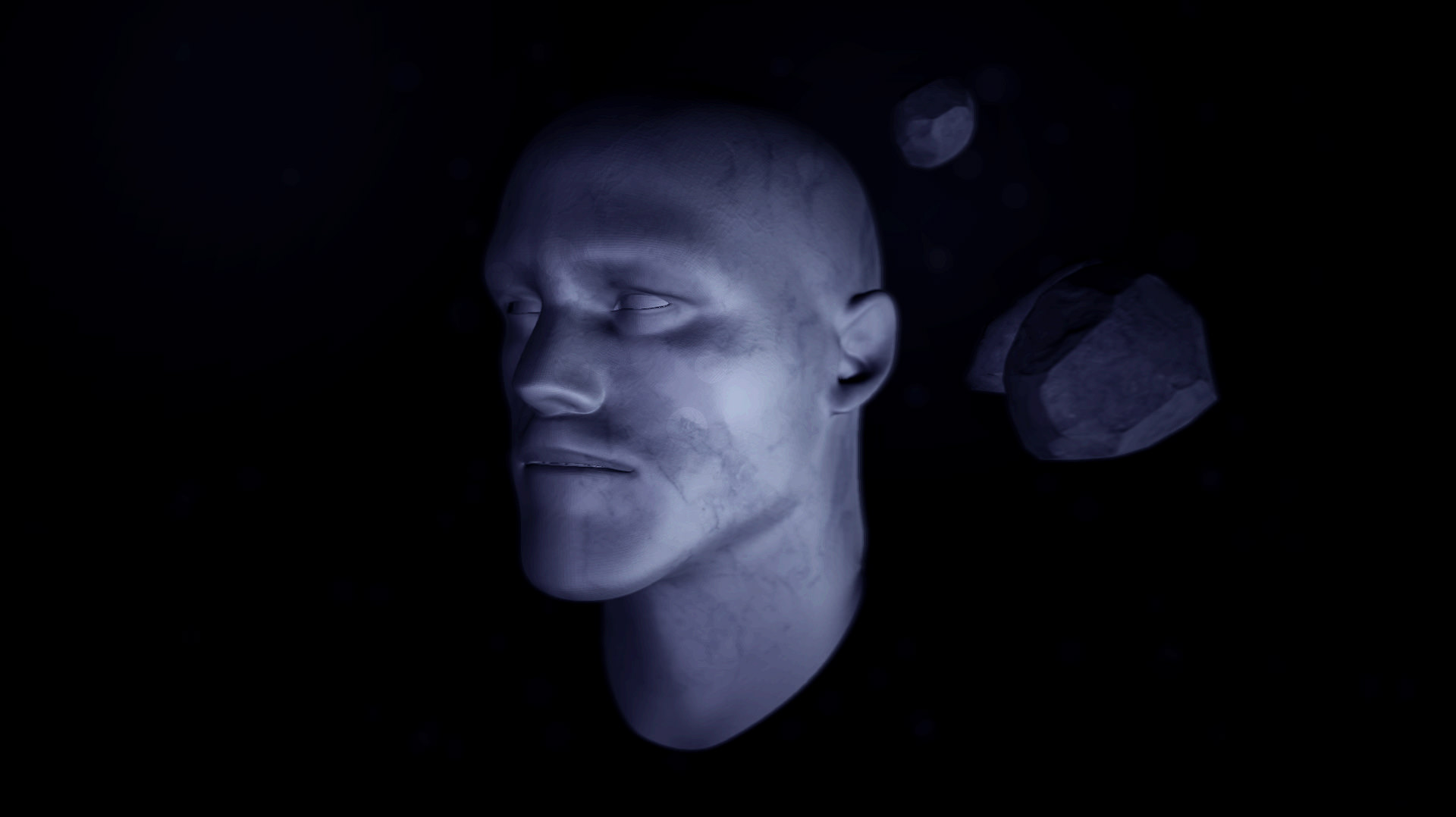 Bonhomme imagined Jean-Pierre, marble statue in 3D and allows you to mix your emotions to his.

What about Jean-Pierre ... We met during a drunken night and he succeeded to make me stand up! He watched me, puzzled, and sometimes smiled somewhat scared but with false airs of Silver Surfer he immediately won my sympathy. See you soon Silver JP!